We hosted a joint webcast on December 14, 2022 – Access the Webcast Replay Here

PHILADELPHIA, PA (GLOBE NEWSWIRE) — Vallon Pharmaceuticals Inc., (“Vallon” or the “Company”), a biopharmaceutical company focused on the development of novel drugs for CNS disorders, today announced the presentation of positive data from a pilot study assessing human abuse liability for its investigational Abuse Deterrent Amphetamine Immediate Release (ADAIR) drug product. ADAIR is a novel oral formulation of IR (immediate release) dextroamphetamine that is specifically designed to limit abuse by snorting or injecting, currently under development for the treatment of attention deficit hyperactivity disorder (ADHD) and narcolepsy.

“We are pleased with the results gained from our first human abuse liability study which demonstrated that recreational drug abusers preferred ADAIR less when compared to currently available IR dextroamphetamine, a positive signal when trying to reduce stimulant abuse. Additionally, the data give us confidence in the design of our upcoming pivotal intranasal abuse study which will evaluate ADAIR with a larger number of subjects, expected to initiate before year end,” commented David Baker, President & Chief Executive Officer of Vallon.

The 16-subject proof-of-concept intranasal human abuse study (VAL-103) demonstrated that intranasal administration of manipulated ADAIR was generally well tolerated, with all adverse events considered mild or moderate, and no new safety or tolerability signals identified. In this crossover comparative study, as compared to crushed and snorted dextroamphetamine sulfate, ADAIR demonstrated a blunted pharmacokinetic profile (lower Cmax, delayed Tmax, and lower AUC, especially during the early hours after administration). Further, as compared to dextroamphetamine sulfate, even after extensive manipulation, ADAIR, when snorted, was less desirable to recreational drug abusers on key measures of abuse liability, in particular the Emax drug-liking scale (primary pharmacodynamic endpoint). In addition, snorting manipulated ADAIR was more unpleasant than snorting crushed dextroamphetamine based on the Subject-Rated Assessment of Intranasal Irritation (SRAII) scale.

“We are encouraged by the results from this proof-of-concept study. These data bolster our belief that ADAIR may demonstrate less abuse potential than standard IR dextroamphetamine when manipulated and misused intranasally, while at the same time maintaining a similar Pk profile to standard IR dextroamphetamine when taken orally as prescribed,” said Dr. Timothy Whitaker, a board-certified psychiatrist and Vallon’s Chief Medical Officer. “We believe that ADAIR, if approved, has the potential to begin to address the widespread stimulant misuse, especially found with amphetamines and immediate release products.”

ADAIR (Abuse Deterrent Amphetamine Immediate Release) is an investigational new drug; a novel, patented formulation of dextroamphetamine designed to deter attempts to crush and snort it or take it by other non-oral routes that can produce a greater “high.” Dextroamphetamine has been used clinically for more than fifty years. It is the same active ingredient used in FDA-approved products, such as Adderall®, Dexedrine®, and Vyvanse®. ADAIR is not approved by the FDA.

Vallon Pharmaceuticals Inc. is a private, clinical-stage biopharmaceutical company, headquartered in Philadelphia, PA. The company is focused on the development of new medications to help patients with central nervous system (CNS) disorders. The Company’s lead investigational product candidate. ADAIR, is a novel formulation of amphetamine immediate release being developed for the treatment of ADHD and narcolepsy. Vallon has raised more than $9 million in funding since its founding in 2018.

For more information about the company, please visit www.vallon-pharma.com or connect with us on LinkedIn or Twitter.

*Adderall, Dexedrine, and Vyvanse are registered trademarks of their respective companies.

1 SAMHSA, Center for Behavioral Health Statistics and Quality, National Survey on Drug Use and Health, 2015 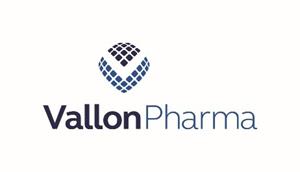 ADAIR is an investigational new drug product and has not yet been approved by the FDA. All trademarks shown are the property of their respective owners.